What is Betfair Beat The Drop?

Betfair's beat the drop is another variant of the Paddy Power free to play game and completely dissimilar to ITV’s pick 7 or Sky Sports super 6. Betfair's Beat the drop is based on the game-show “a million-pound drop”, which was aired on Channel 4 in the UK in May 2010 and it featured ex-Big Brother presenter Davina McCall as the host. Betfair have taken the structure from a million-pound drop and then modified it for sports betting purposes to create their own Beat the Drop game which is a unique and innovative way to bet on sporting events.

The Betfair beat the drop is essentially betting in reverse; you start with your winnings and progressively move through yes / no questions in which you gable your whole pot, or a portion of it, on an outcome. Once you have completed all of your questions, you will win what remains in the pot.

How Much Can You Win Playing Beat The Drop By Betfair?

Much like the Paddy Power game, this depends upon how you play the game. Unlike pick 7 and Sky Sports super 6 game, where it is permanently free, you get a free 30-day period in which you get a free shot at winning a cool £1000. All new customers get unlimited goes for 30 days in which you can only play one game at a time. Once each game has finished you can re-enter if within your first thirty days.

Once you have run out of the 30-day period, Betfairs beat the drop offers a staggering prize of up to 1 million pounds; significantly greater than either pick 7 or super 6. Prizes vary depending on how much you are willing to risk and range from £2 buy ins (to win This requires players to stake up to a maximum of £50 to win the jackpot of £1,000. The prize fund is proportional to the stake as follows;

How Do I Play Betfair's Beat The Drop?

Beat the drop is a free to play or pay to play game offered by both Paddy Power and Betfair. Anyone registered with either of these two bookmakers can play this game as long as you’re 18 years or over.

Just or login to your existing account and choose your first fixture and market from the list available. The question you could be asked could be something like ‘will this game be a draw at half time?’ or ‘will Everton win tonight?’.

At this point, you need to put your money where your mouth is and decide what proportion of the pot you will stake. Move the slider along the question to wager different amounts of money on each outcome. If you’re playing the free to play version, you’ll be wagering an amount of your £1,000 this can be split between the answers in any way you think is best, or just go all in.

If you go all in and are wrong, then you are out of the game. If you are right, or you have split the bet, then you carry forward what remains in the pot and live to fight another day. For free to play players this is then repeated 10 times and whatever you come out with at the end of wagering you get to keep as cash. Please note, you have to wait for the game of your chosen question to be confirmed before you can move onto the next one.

As with the Paddy Power version of the game, do not think that you can just take the £1000 and split it in two for every question and you will be guaranteed to win something. Halving £1000 for all 10 of your questions leaves you approximately 97p left as winnings, and technically down if you account for your electricity usage!! Just go all in and leave any splitting to the odd question where you are uncomfortable. The same apply for the £1 million paid for game which would leave you with £15 after fronting up £50.

Our Verdict On Beat The Drop

Like the paddy power version, this game is a refreshing change from pick 6, super 6 or sky selector which all operate fundamentally in the same way. There is no real difference between paddy power and Betfair's versions of beat the drop, so why not use both and maximise the chances of winning. Betfair's beat the drop game offers a nice little touch of allowing you to omit questions, choosing instead to pick a different day to stake your money on.

If you forget to complete your rounds, Betfair will automatically split the pot for you; this is useful if you are far on into the game with a large chunk of the pot remaining. For those with a larger appetite to gamble, the paid game provides a whopping £1 million maximum prize which is the largest out of pick 7, super 6, sky selector or The Pool Footie5 and has a lower odds in comparison with games such as the lottery. Nothing ventured, nothing gained. For more information on Betfair and their products check out our in-depth Betfair review. 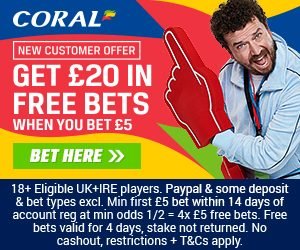 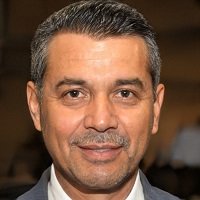 Hi, I'm Andrew Gamble one of the senior writers at Pick7.bet. I have been into sports betting and casinos for the past 20+ years, as part of work and also entertainment. I have worked both at online based casino along with land based casinos. I have created this website for those interested in sports betting and online casino offers and bonuses. The site consists of both UK betting offers and non UK casino offers.